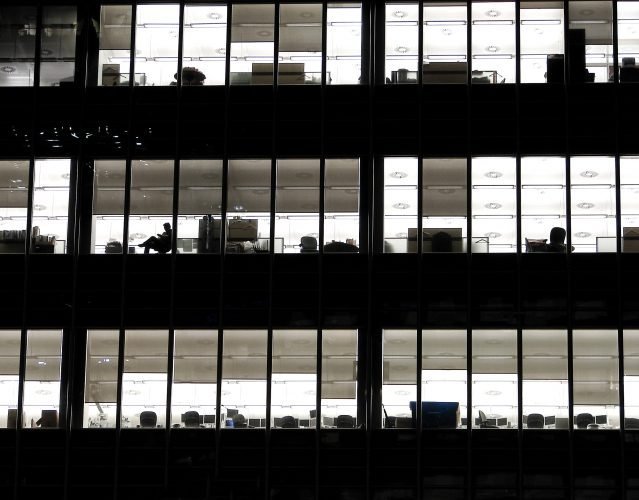 In Q4 2021, Singapore’s economy continued to grow strongly amid improving global and trade outlook. Based on advance GDP estimates, the Singapore economy grew strongly by 5.9% YOY and 2.6% QOQ in Q4 2021. Based on these estimates, the economy has grown by 7.2% for the full year, according to the Ministry of Trade and Industry (MTI). The economy is projected to grow by 3% to 5% in 2022.

The office property market ended the year on a strong note with several big-ticket deals inked during the quarter. Market observations suggest that demand for office space is expected to remain buoyant with a number of businesses looking to expand against a backdrop of the global economic recovery and limited availability of prime office space.

Rentals are expected to grow at a faster pace in 2022, which could further pique the interest of investors in Singapore's prime office assets and drive capital value. The economic expansion along with Singapore’s commitment towards the reopening of its economy and its borders, will boost the office market’s investment and occupier demand in 2022. 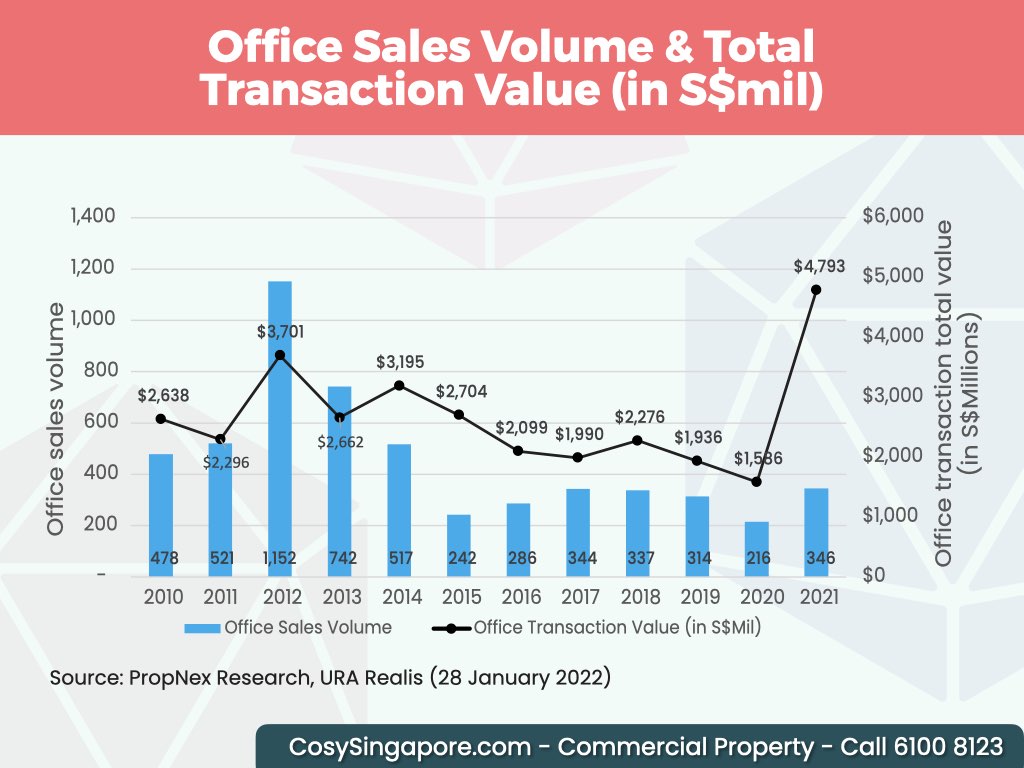 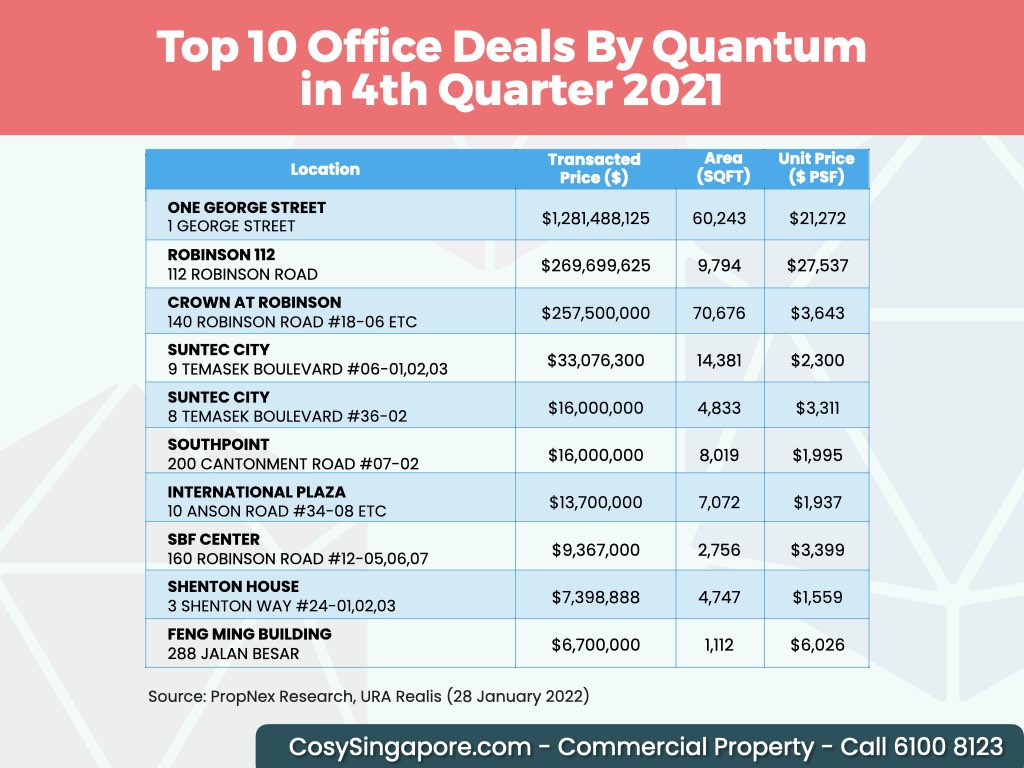 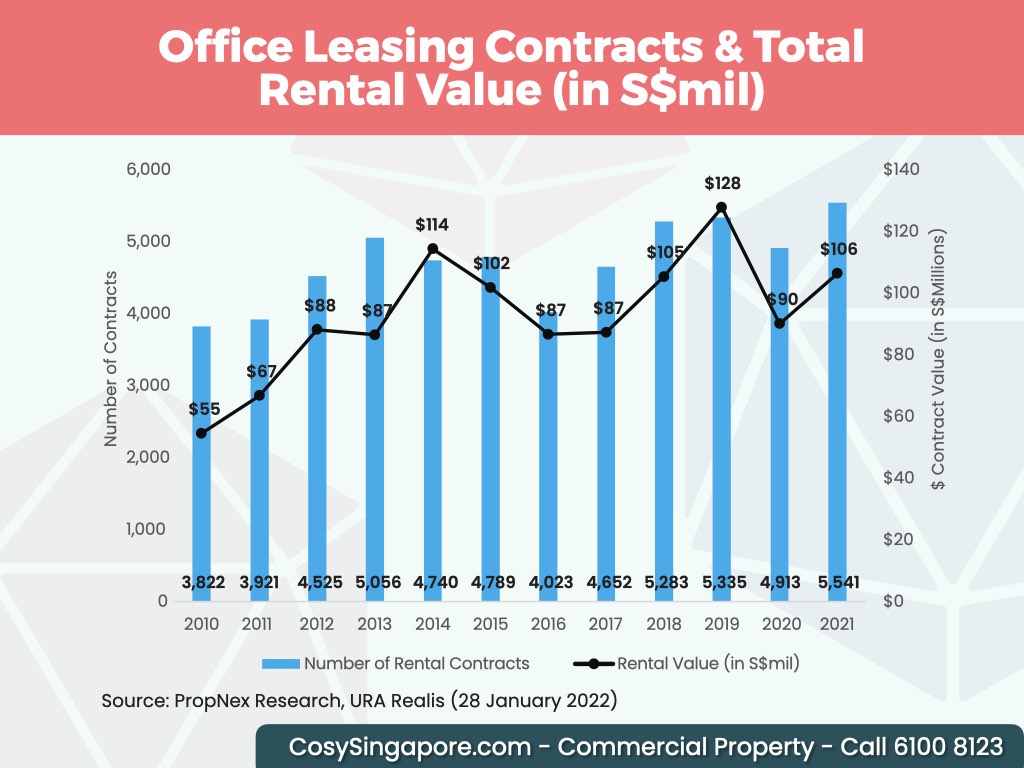 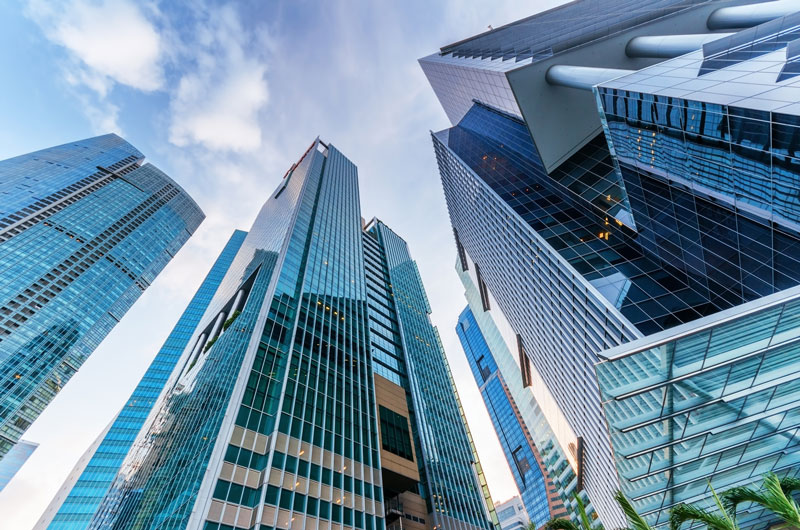 Looking ahead, office prices and rentals are expected to continue to recover in 2022, in light of limited Grade A new office supply and the positive economic outlook.

While the prospects in the office property market are generally looking up, there are some downside risks including the impending interest rate hikes and rising inflation, potential emergence of new virus variants, supply chain disruptions as well as China’s economic slowdown.

Growth in the office market may also be uneven, with investors and occupiers being more selective; prime office assets that have higher specifications and located in choice locations may be more sought after, compared to Grade B office spaces or buildings outside the downtown core.