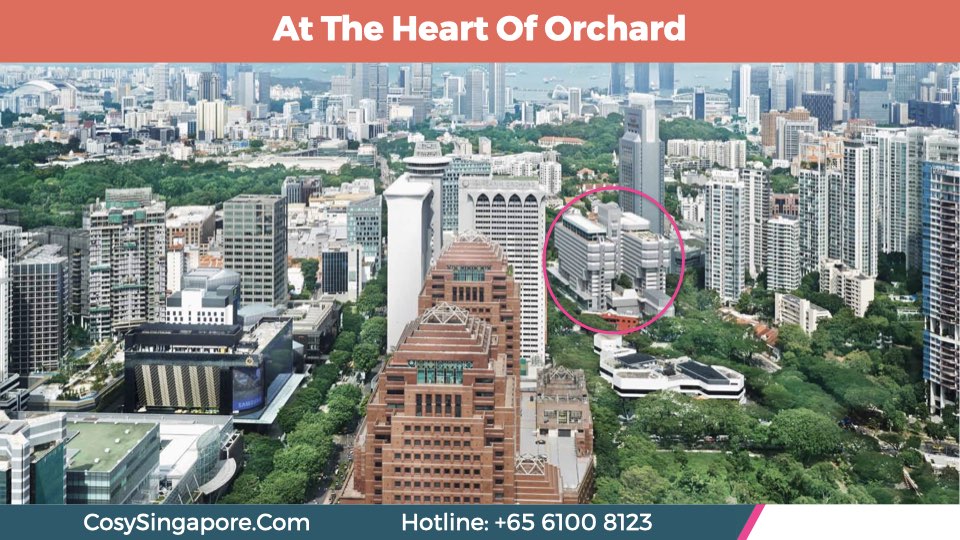 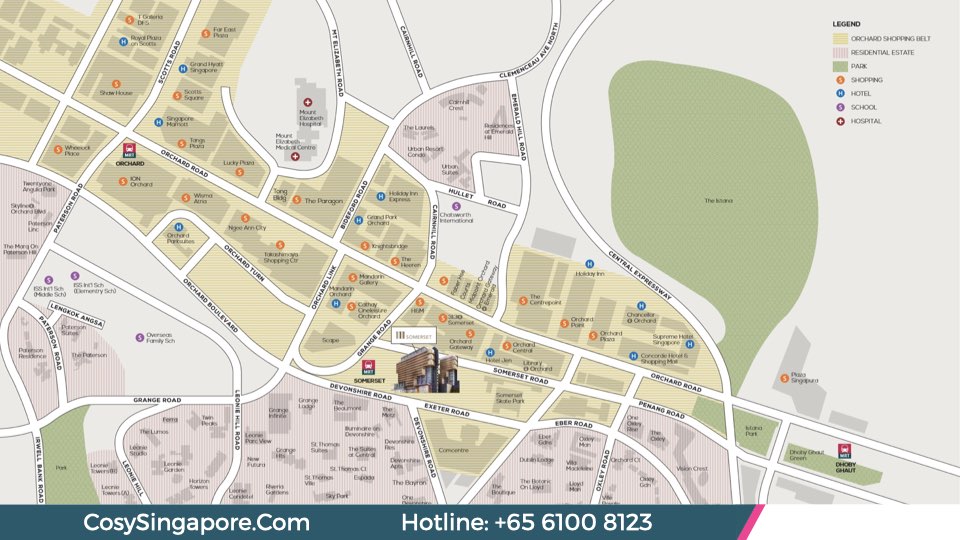 Raffles Place MRT Station Is Just Around The Corner

Somerset MRT Station Is Just Across The Street

111 Somerset is located in the prime location of the shopping and entertainment centre, Orchard of Singapore. Around the corner is the popular Somerset MRT Station, which is a prominent stop where Orchard goers are concerned.

Being in between the busy streets of Somerset Road and Exeter Road, its location permit 111 Somerset to be at an iconic and distinctive shopping and business centre. It is very easy to identify with its unique facade.

111 Somerset (formerly known as PUB Building or Singapore Power Building) was designed with its complex horizontal massing, demonstrating the ability of complex forms to impose perceptual entities. It was the subject of an architectural competition in 1971 with a jury chaired by then PUB chairman Lim Kim San.

The volumes in the form of an inverted pyramid give the facade an impressive depth, respond to the functional differences of the departments and reveal the functional hierarchy of the officials. Interestingly, the stylistic resemblance to Kalman, McNeil and Knowles here echoes Boston City Hall, a distant echo that echoes the same structure.

Orchard Road is the most infamous shopping and entertainment to which all Singaporeans know and a renowned tourist attraction. It is THE location with numerous high scale shopping malls and department centre, restaurants, coffeehouses and boutiques.
111 Somerset is just across the Somerset MRT Station via a covered walkway. Some of the illustrations of the MRT network convenience are:

For drivers, it is a short drive to get to Central Expressway (CTE). 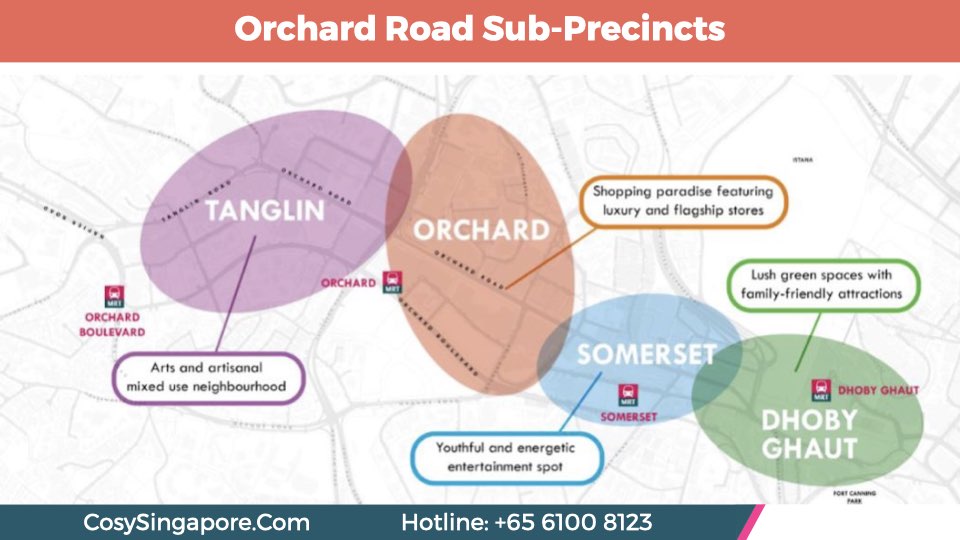 Orchard Road Planning Area is a lively and exciting shopping street full of shopping malls, hotels and a plethora of restaurants and drinks. The Urban Design guidelines for Orchard Road aim to ensure good connections to MRT stations, accessibility between developments and a lively street, and to encourage innovative high-quality designs that will benefit the growth of Orchard Road as a commercial street of luxury

Orchard Road is positioning and planned by The Urban Redevelopment Authority (URA) in 2019 Master Plan to be a way of life and commerce, and is largely divided into commercial zones to support a mix of shops, offices and hotels. There are also many hotel-only locations that make Orchard Road one of Singapore's top tourist destinations even more attractive.

This is complemented by several residential, commercial and mixed residential areas, adding a permanent population to the area that guarantees a great lifestyle at all times with open space and MRT stations.

Continue to Plus at 111 Somerset Development Details

You Are Most Welcome To

Book An Appointment for a Viewing of the Office Units or Medical Suites at 111 Somerset.  Let us explain why this is a Rare and Absolute Commercial Space Ownership.  In addition, get to enjoy VVIP Discount (Limited Time), and Guaranteed with Best Price Possible

Fill up the form and get a copy of Plus at 111 Somerset Prices, E-Brochure and Latest Updates!